Kollam, Kerala is a Cashew nut city of India. It got its fame due to Cashew and Kerala got its richness due to this. Cashew growth has given many things to Kerala and later it helped develop Kerala.

Cashew trees were transported to India by Portuguese explorers sailing from Brazil in the 16th century. The trees soon found their way to the city of Kollam, an Indian Ocean port on trade routes once plied by the Italian wanderer Marco Polo and the Muslim adventurer Ibn Battuta. 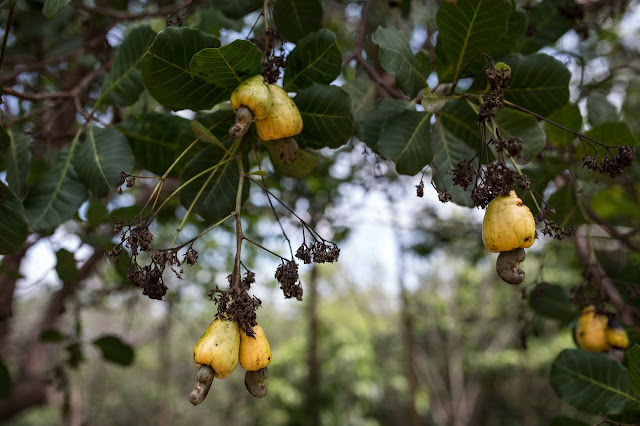 Later Kollam is taken over by Vietnam as Vietnam has taken a different route. Vietnam used its own developed machine instead of mostly manual till date method Kollam workers use.
Politicians and labor unions of Kerala did not allowed to use automation. Initially, lobor union helped worked get better pay package and health benefit but later it caused problem as Kollam need to catch up with Vietnam.
Still, Kollam is a very big Cashew processor but loosing due to Vietnamese machines as they are marketing Cashew as fresh and packaged without any human touch means more hygienic. 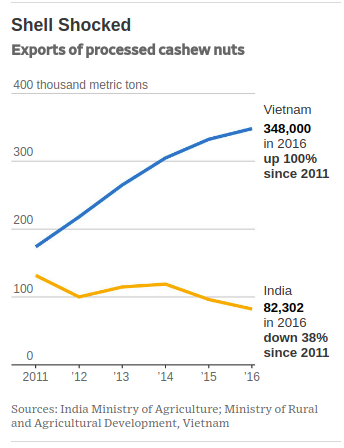 In 2006, to support farmers grow more cashew, Central Govt implied 9% duty on imported raw Cashew. Local govt increased 35% pay for the worker their fulfilling poll promise. But these just increased cost of Cashew.
Vietnamese are producing cashew worth 2000 workers with only 170 workers with their machines. Earlier, machines were not proper and caused many broken nuts but later it improved and added to lots of profitability.

There are many more stores here. Read in detail at this Wall Street Journal.

You read the example of how machine in food processing can also take our job but if not followed then the industry can shift to other countries.