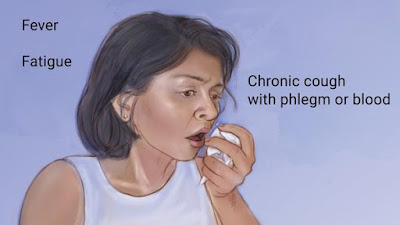 Primarily an airborne disease, TB can survive for extended periods of time in the air and on various surface areas. It was found that 28 percent of the tuberculosis bacteria remains alive in a room after nine hours. Tuberculosis can live up to 45 days on clothing, 70 days in carpet, 90 to 120 days in dust, approximately 105 days on a paper book, and approximately six to eight months in sputum. Three things help kill off the tuberculosis bacteria: ultraviolet light, volume of air in a room and recirculation of air through a HEPA filter.

Latent TB, also known as inactive TB or TB infection, is when a person has been exposed to an active TB patient and inhaled the bacteria, but the bacteria remains inactive. TB infection is not contagious. However, approximately 10 percent of individuals with TB infection will later become an active TB patient. Active TB, however, is contagious and can spread to other individuals. Generally, this occurs through exposure over a prolonged period of time. Active TB can also spread to other parts of the body through the bloodstream

Testing for Latent Tuberculosis - http://www.ncbi.nlm.nih.gov/pmc/articles/PMC1069093/
The majority of new cases of TB are derived from a pool of patients with LTBI. Thus, identifying and treating persons with latent infections is an important public health measure, since it not only prevents active TB from occurring in individuals with latent infection, but also prevents the interpersonal spread of the disease.

There are two tests available to confirm a diagnosis of LTBI: the tuberculin skin test, and the measurement of interferon-γ in whole blood.
Tags: Health
Newer Post Older Post Home