Why to deport Rohingya Muslims?

Bangladesh is also concerned about the security of their country.

Few muslims politicians in India who are in support of Rohingya do not see them as a threat.

Rohingya's are threat to demographical balance in India - many experts.


My version is that Rohingyas are also deep rooted culturally backwards class. They do not have education. They are culturally backward which can result in many centuries of baggage to our country which already have so many ethnic communities. To educate them and to assimilate them in Indian culture, it will take huge resources. We are not resource rich country.
Police is as good as shit. It is my personal experience. In all these cases, safer the better. We can not handle internal threat like many developed country can handle. So it is in our best interest
to not allow such deeply backward immigrants. 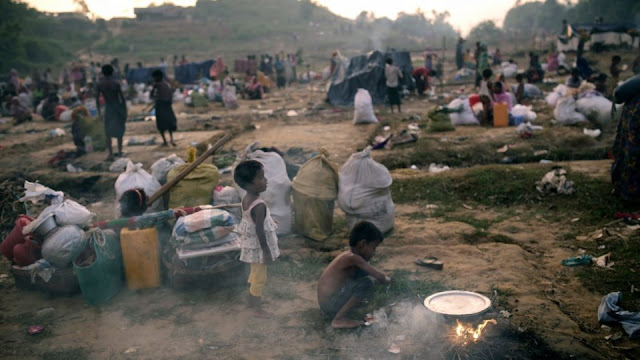 But looking from close distance, most of us feel the pity conditions of Rohingya. At humanitarian level, everyone want Rohingyas' to settle peacefully. They must also have shelter, food and basic facilities to live life peacefully.
Solution to increasing immigrant population lies in combined efforts of international community. Easiest would be to help settle the people at their own place. Like Rohingya should be placed properly in Myanmar. International community should provide facilities and services with some money so that they can progress. Progressing would be easier at native place than at other unknown place.

Most of the Rohingya, who number around 1 million in Myanmar, were barred from voting in the election. They are the largest group of stateless people in the world, having been denied citizenship in Myanmar under a 1982 law, and are subject to numerous legal restrictions, including requiring permission to travel, marry or have more than two children in some areas.


Buddhist nationalists in Myanmar argue that the group are illegal immigrants from Bangladesh, while the Rohingya say they have long lived in the country. Nationalists upped anti-Muslim and anti-Rohingya rhetoric in the runup the election, and even Suu Kyi told foreign reporters to “not exaggerate the problems.”

So, Myanmar is mostly Buddhist country. 91% of them are Buddhist. They are not accepting extremely poor and backward Muslims. Support from terrorist organisation has made the situation worse.
Tags: Rohingya, Social Issue
Newer Post Older Post Home